Blog
You are here: Home1 / Blog2 / Speaking Engagements3 / How to rethink age as a benefit, not barrier 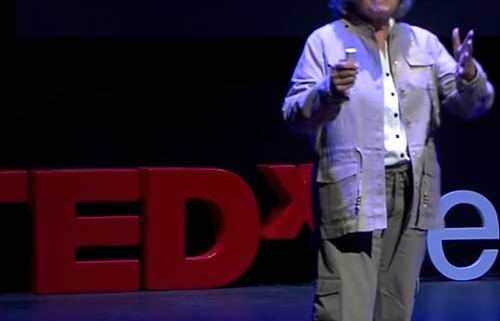 Here’s my TEDx Temecula talk from Sept. 29. Below is the introductory description provided by TEDx.

What holds you back from reaching your true potential: your age or your attitude and the expectations you believe the world demands? Instead of seeing age as a barrier, what if we viewed age and experiences as building blocks to create our future?

This guiding belief has opened worlds of possibilities for Gillian Larson, including the opportunity to star in the Reality TV show Survivor at the age of 61. It also gave her the outlook she needed to reinvent her life after she was kicked off the show six days later.

On stage, Gillian shares her insatiable appetite for challenge and adventure, inspiring and challenging audiences of all ages never to let age keep you from what you want to achieve. In fact, age might be the very factor that catapults you to new opportunities. Gillian Larson was born and raised in South Africa and now lives in California. She is married and has three married daughters and seven grandchildren. She worked as an RN for 38 years and is very involved in her community and taps into her many life experiences creating ongoing new chapters in her life to make a difference in the lives of others.

One of Gillian’s significant achievements was being selected for the TV Show Survivor at the age of 61 in 2008, which she has parlayed into many opportunities, such as creating Reality Rally a 3-day fundraising event for a cancer resource center raising thousands of dollars every year.

This talk was given at a TEDx event using the TED conference format but independently organized by a local community.